The piano accordion is one of the well-known families of accordion instrument that have been used in a number of musical concerts in the whole world. It is most often indicated by the term “accordion”, but it is actually one of the most recent inventions among the types of accordion.

As numerous resources hold, the piano keyboard was first placed on accordion in 1852 by Bouton of Paris. 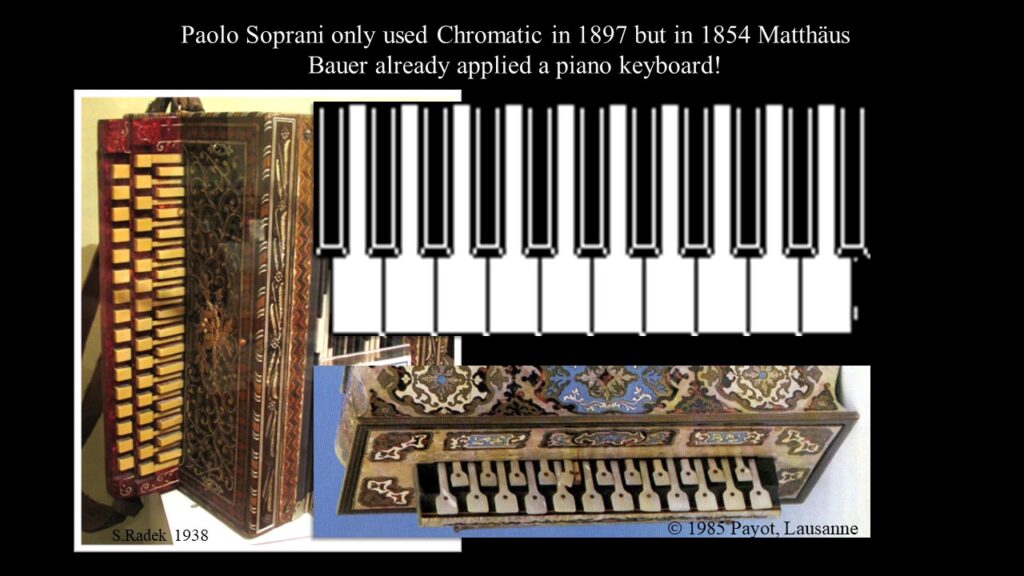 From that time until the early the 1900s, this instrument was not given much attention or any improvement, until the year 1910 onward when the piano accordion came into prominence almost worldwide and remains the most popular type of accordion used.

A new development with piano accordion came into being with the development of the Stradella bass system. This system is commonly noted as a standardization of the bass button layout, thus

This means that the player of this instrument has the opportunity to play any type or make of piano accordion without any adjustment in the system. Well, this had not been possible before as there were a number of varying button accordions with a number of different systems for the left hand buttons.

The piano accordions come in a variety of sizes. It is necessary to note in the first place that they are sized by the number of basses they have, anywhere from 12 basses for a student instrument up to the standard 120bass full-sized instrument. There are also some vintage models and toys that are much smaller, such as the oddball instruments with extra basses or fewer basses; however, most of the accordions will fall in that range.

So, when you are opting for a piano accordion, it is perhaps necessary to check the width of the treble keyboard and the width of every white key, in particular. Note that the standard size keys are just a little narrower than the piano keys, which is about 3/4”. Thus, if you are used to playing the piano, or maybe you have larger hands, then you may have difficulty playing an accordion with smaller than standard keys.

Here are the standard reed specifications of the piano accordion:

Finally, although their sound differ a lot, it is worth noting that piano accordions are generally the same as that of the chromatic, except for a different shape to the keyboard notes as well as the keyboard layout. And, since it has a universal note system, it’s no wonder that the production of this instrument has far exceeded that of any form of button accordion from the early 1920s up to these days.