These few pages cannot do the accordion justice, and for a good reason. Unlike the violin, which remains almost unchanged since the days of Amati, Guarneri and Stradivari, the accordion has been transformed numerous times. It has adopted many faces in its travels through Germany, Austria, France, Italy, Switzerland and elsewhere. So much has been written about the accordion that none can truly claim its invention. The accordion, in short, is the child of all.

This member of the great family of wind instruments is held by straps against the lower chest of the musician, who uses his arms to support it, with the possible aid of his chin and lap. In the words of the great accordionist Fancelli,

The button accordion can be diatonic (one button producing two notes depending on whether the bellows is pushed or drawn, or it can be chromatic (each button produces one note). An accordion with a piano keyboard is always chromatic.

The sound source of the accordion is the free reed, a metal strip anchored at only one end and thus free to oscillate on both sides. A free reed vibrates to produce sound when air from the bellows flows past it.

The bellows is truly the lung of the accordion. The dynamics depend on it, as do the musical phrasing and the performance itself. The accordion can be compared to the human voice, which also depends on three elements: a flow of air (aspiration), an air reservoir (the lungs), and a source of sound (the vocal cords). 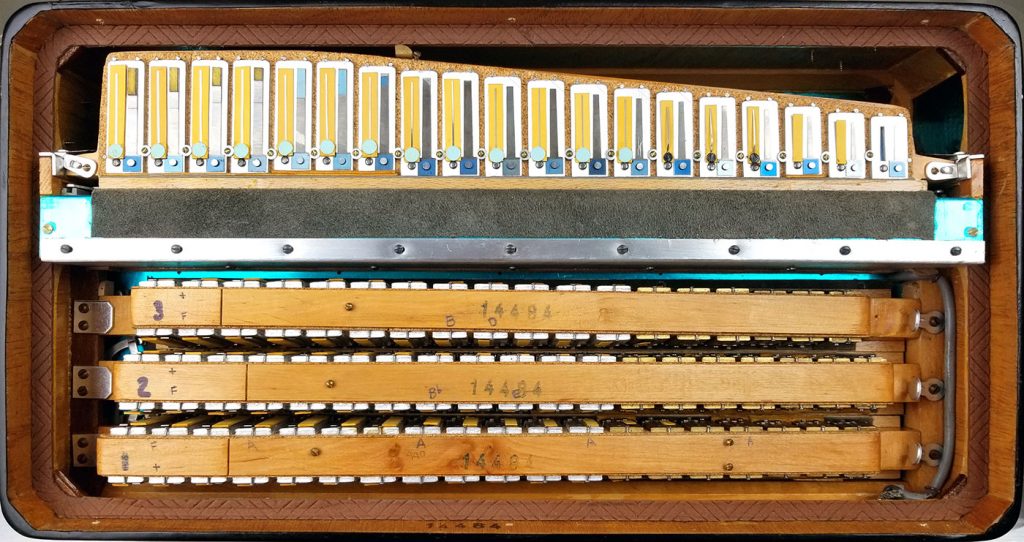 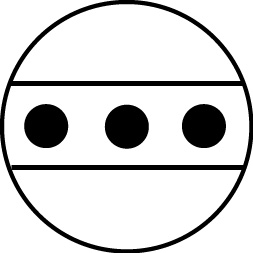 It's easy enough to peek inside an accordion. To open one up for us, Clau­dio Cavallo (shown in the picture on the next page) needed only to remove the cleats holding the bellows to the wood frame.

Inside the accordion the reeds are mounted on metal plates, which are themselves mounted on reedblocks, which are usually of wood, though they may be metal, as in the Russian Bayan accordion. On the reedblocks are a series of plates, each holding two identical reeds, held in place by either nails or wax. The French prefer nails, which make the system stiffer and favor the intense high-frequency harmonics of the musette sound.

Unused reeds are kept from vibrating by plastic or leather strips. Under each reed is a slot. The reed-plate-cell system is called a formant.

The reeds in each block are tuned to an individual note, with the slot fashioned so as to reso­nate at the appropriate frequency. The reedblocks themselves have little effect on the sound. If wood is often favored, it is because it is easy to work.

The sound board has the reedblocks on its side facing the inside of the bellows, with the valves and register stops on the outside. The chromatic accordion is equipped with three rows of valves, and its case is therefore deeper than that of a piano accordion, which has only two rows. 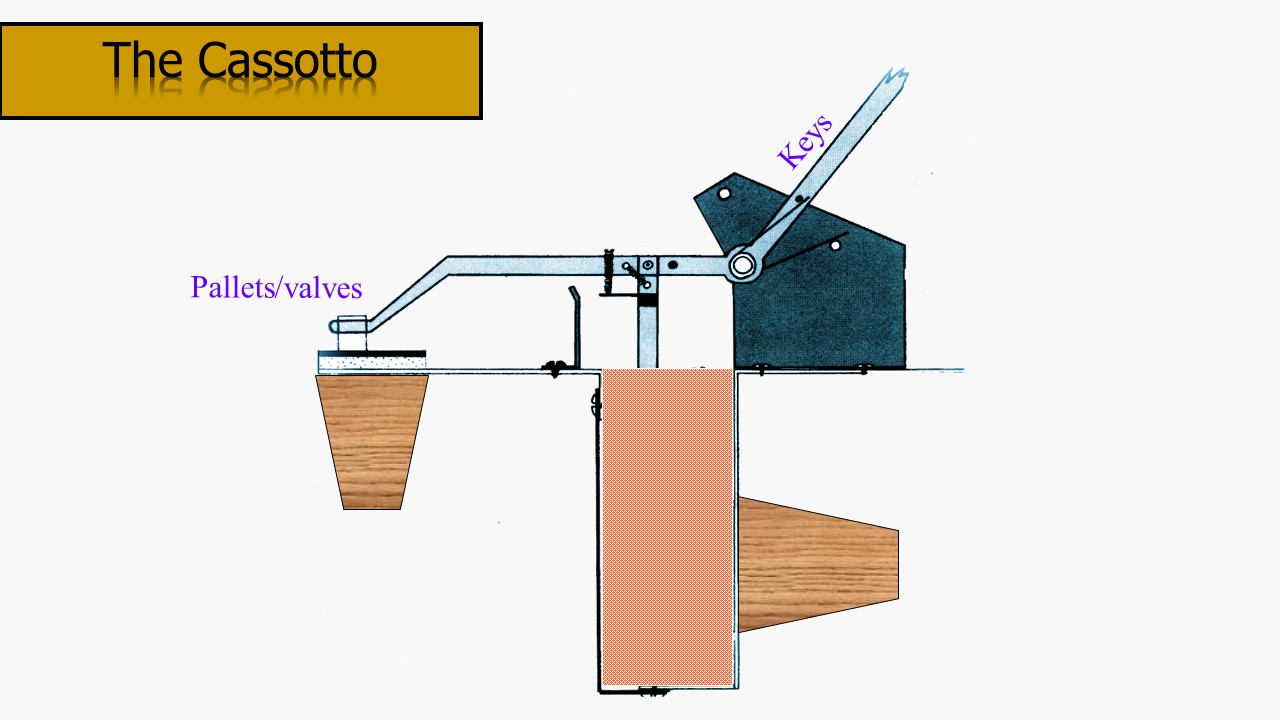 In 1929 in Stradella, Mariano Dallape invented the cassotto, a tone chamber inside the bellows. It gives extra amplitude to lower middle tones, thus making the instrument's sound warmer and mellower. Its effect has been compared to that of the mute on a trumpet, though in fact the effect of the mute is somewhat different, reducing the resonance chamber of the frequencies. The cassotto is much used in jazz, though not in musette, which requires a brighter sound.