The tale of the accordion is a novel with countless marvelous chapters! 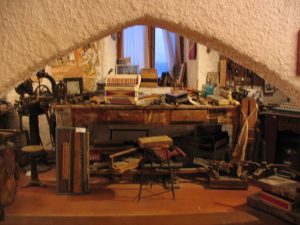 Once upon a time, in Italy… in a lush valley through which flowed the Musone river, there was a farmhouse. In that farmhouse lived Antonio and Lucia Soprani and their three children, Paolo, Pasquale and Nicola. On a day of 1863 that had begun like any other, a pilgrim carrying a small nondescript box knocked at the door and asked for shelter. The farm family, as affable as it was generous, hastened to welcome the stranger. Once he had dined, the Austrian visitor sat by the fire and drew intriguing sounds from his mysterious box. Now it so happened that Paolo, then 19, had little enthusiasm for farming but was fascinated by the music produced by the strange engine (which would turn out to be a copy of Demian's accordion).

Paolo had but one idea: learning to use it and making one for himself. Did he buy the instrument, or did the traveler offer it to the family in thanks for their hospitality? However it happened, he opened it up, studied its workings, and modified them in often revolutionary fashion. Thus was born the Italian accordion.

Paolo quickly became an excellent accordionist, and with the help of his brothers and some hired help, in 1864 lie opened his own factory. His curiosity, his imagination and what today we would call his spirit of entrepreneurship allowed him to spread his commerce to the neighbouring town of Loreto, a cosmopolitan crossroads through which passed a steady stream of pilgrims, travelling salesmen, gypsies, tradesmen and beggars.

This tale, which might have been hatched by Andersen or Hoffmann, sets up the ingredients of a success story. In 1872 Paolo opens a second factory in Castelfidardo, for orders are pouring in from France and as far away as the Americas, where the accordion has been popularized by homesick Italian immigrants. 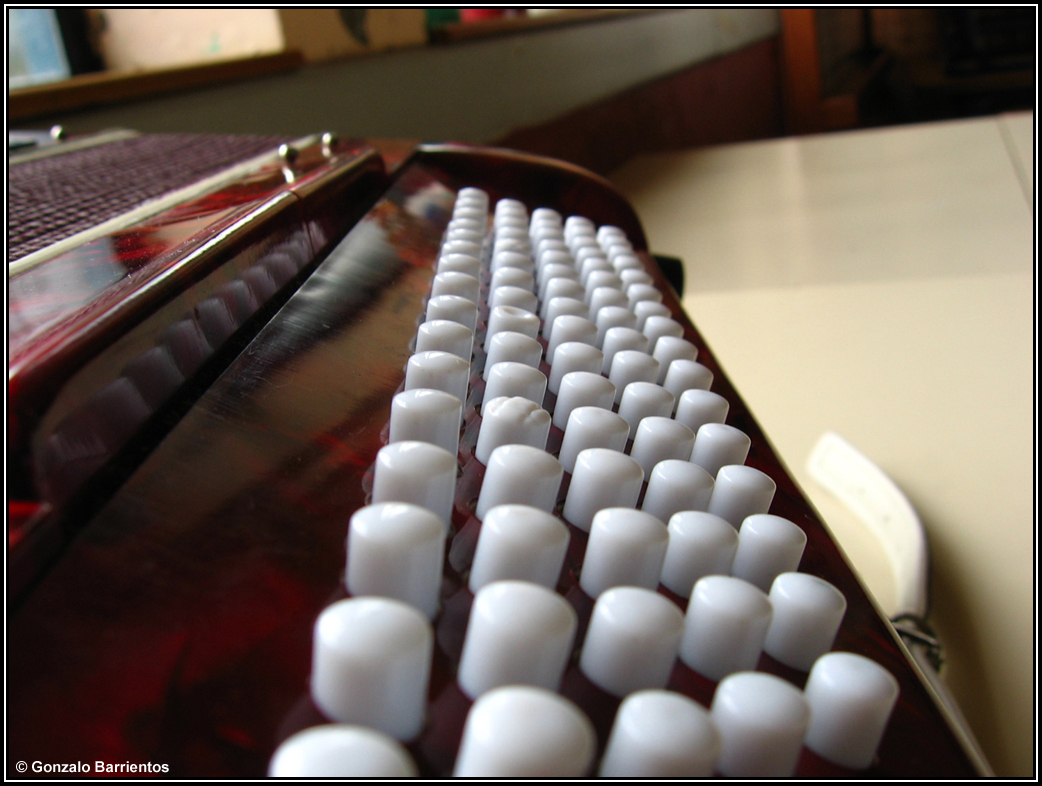 By 1890 accordion fever has spread across Italy, and there is an explosion of prestigious factories destined to leave their mark on music history, but it is in Loreto that is planted the seed of a worldwide movement. Continuing his string of innovations, Paolo adopts F. Walter's notion of placing two identical reeds in a voice, and in 1897 he patents a revolutionary new state of the art instrument, the chromatic accordion. 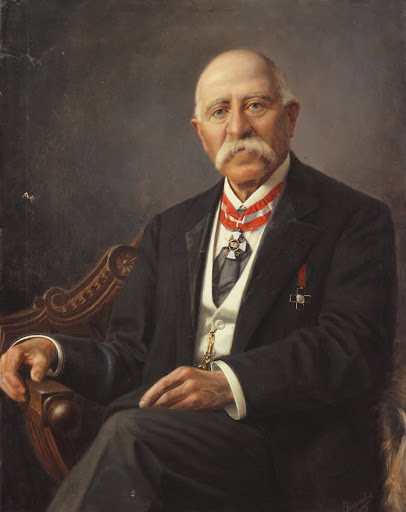 Today, Paolo Soprani's heirs continue their research to make accordions of unequalled quality, and their company is surely the world's best-known accordion maker. Most of its instruments, however, are destined for the export market. Hundreds of thousands of their accordions are sold each year throughout the world.

Now back to France.

In Brive, on a Sunday in 1885, a young carpenter from Limousin goes fishing with a friend, who brings along his accordion. Won over by the sound of the instrument the carpenter, François Dedenis, saves his money to buy a low-cost accordion of his own. His new acquisition doesn't stay in tune for long, prompting him to open it up and repair it. Flushed with this first success, he launches his own accordion factory, whose instruments will be celebrated throughout France and across Europe.

As his commerce grows, François hires apprentices and organizes events to get his instruments known. In 1906, on a church holiday, La maison Dedenis sponsors a contest for accordions, vielles and cabrettes, with a Dedenis accordion as the first prize. It is won by piano tuner Jean Maugein. Recognizing, his talent and intelligence, Dedenis hires him. Maugein learns accordion repair and then manufacturing. So excellent is he that a jealous Dedenis fires him ... only to find in him a competitor. We are in 1919. This event is one more proof that a setback can carry the seeds of future success. 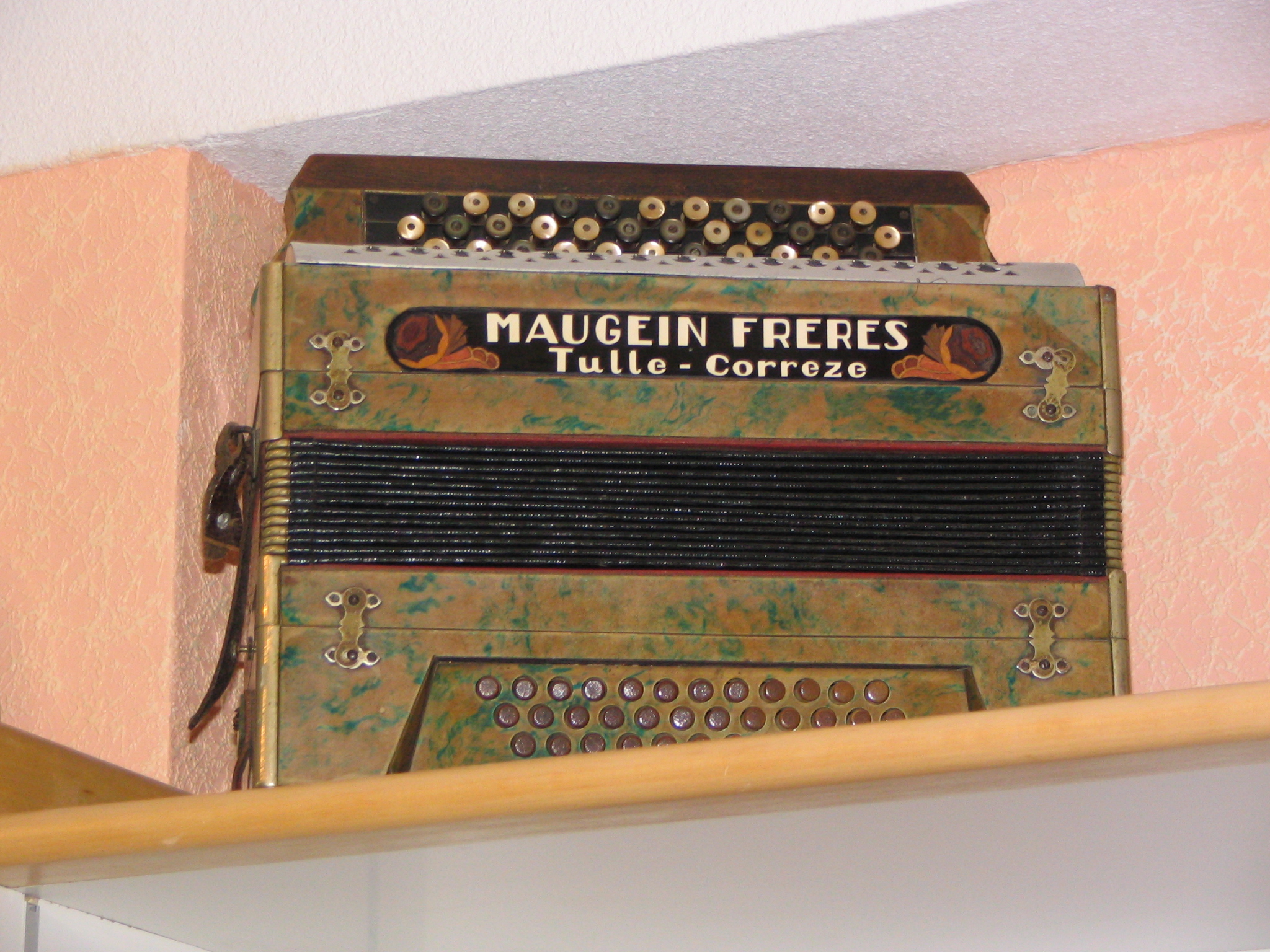 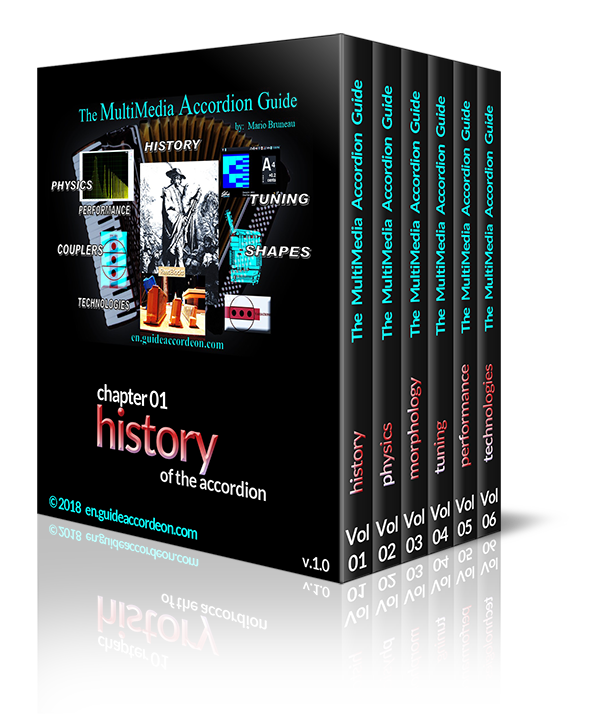 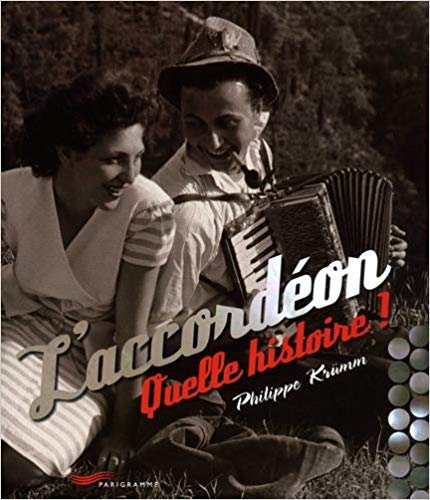 If you can read French, this book is a "must" Click on image to get it. 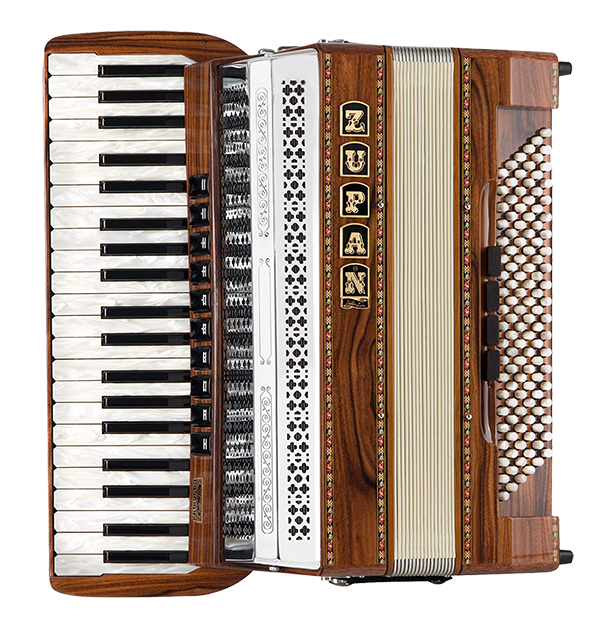 There are pretty ZUPAN model accordions which are very beautiful and are a perfect match for playing musette. This one is made of rosewood.