AccordionGuide.Info was an accordion blog publishes from 2006 to 2013. This website have reproduced the articles from the Internet archives.

Tips for Buying an Antique Accordion 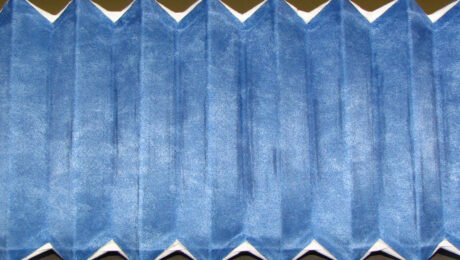 When you purchase an antique accordion, don’t forget to check the condition of the carrying case. Look for broken or missing hardware as possible. Note that a musty smelling case or bellows is one of the many indications that the accordion or other instrument may have been improperly cared for and stored, probably in damp basement. A musty case may also cause damage to the wood and leathers in the interior of the instrument. With this, it’s not impossible that the reeds may be rusted.

Check the Body of the Instrument

When we say antique, we are referring to something old, thus a certain defect is possible, unless the thing is really properly cared for. So, in terms of buying an antique accordion, looking for chips missing from the corners, cracks in the celluloid, scratch marks indicating abuse, and others is a pretty nice move to take. If possible, check the condition of all the leather straps, especially the ends that go through the metal holding brackets on the accordion, both top and bottom. If you find that the straps are much worn, then I think it is safer if you remove them entirely than risk their breaking while you are wearing the antique accordion.

When you consider buying an antique accordion, try looking for signs of wear, especially on the folds at the base, as well as on the belt buckle wear (facing the chest of the player). Aside from this, check the corners of the bellows and look for corners that are missing or coming loose. Also make sure that in an antique accordion, all the bellows pins are still present and they are not folded or frozen in place with rust. Also note that in a piano accordion, for instance, the air release button is found poking through the bass cover at the left hand side towards the top of the instrument when held in playing position. So, if your antique accordion doesn’t have one, then this is a serious design flaw.

Look at the Keyboard

When checking the antique accordion, try looking at the keyboard edge on, especially the white keys. Note that a properly labeled keyboard is unusual in a very old instrument, unless it has been well cared for. So, check for keys that are out of level as the irregularity of the keys will impede performance in general.

It is often said that the best to check the performance of an instrument is to play it yourself. Try listening for the intonation, overall tone, dynamic range, volume, balance between the left and right sides, and the action of the antique accordion. Or, let another person play it, and listen to the sound. 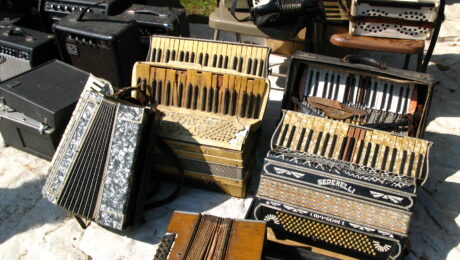 An accordion basically is a musical instrument that had gained popularity throughout its history. It belongs to the handheld bellows-driven free reed aerophone family and is sometimes known as squeezeboxes. It is played by compression and expansion of a bellows, which generates air flow across the reed. It also has keyboard controls which reeds receive air flow and therefore the tones are produced.

The accordion of today’s world consists of a body in two parts. Each part has a rectangular shape and generally separated by bellows. On each part of the body, you will find a keyboard that contains buttons, levers or piano style keys. It is these buttons, when pressed, that travel in a direction perpendicular to the movement of the bellows, which is towards the performer. Well, it is worth noting that most of the modern accordions also have buttons that are capable of producing entire chords. This feature basically what sets concertinas’ buttons from the modern accordions as the former produce only single notes.

Speaking of concertina, it is interesting to know that this instrument is just a variation of accordion, but it differs from the modern accordion as its buttons never produce chords and travel parallel to the motion of the bellows, which is then towards the opposite end of the instrument. Between concertinas and the modern accordions, there are also differences when it comes to the internal materials, construction, mechanics, and tone color, but the most interesting fact is the basic standards of sound production are identical.

Accordions generally come in a number of different styles and key-note systems. These mainly include the Diatonic, Concertinas, Chromatic, and Piano accordions. I have here below brief specifications to these types.

Diatonic: This type is frequently used by many folks and dance groups because of its great sound output, simplicity, light weight and low cost, making Diatonic one of the most popular accordions in the world. Perhaps it is nice to know that the note pattern of its keyboard is typically similar to that of the mouth harmonica.

Concertinas: This instrument is noted for its unique shape, ranging from four to twelve sides, in cross-section. It has two keyboards, one at every end of the bellows. All of the buttons are individual notes, thus there are no fixed chords on concertina. Also, the different notes and systems vary so greatly that a performer of one system will almost not be able to pick up a concertina of a different system and play it without having to almost learn it from scratch.

Chromatic Accordions: This instrument could play a 46 note chromatic scale. Its button is not diatonic and has the greatest range of treble noted of any type available these days. Its size ranges from an accordion with 20 treble keys and 12 bass buttons to the modern chromatic models which have 6 treble button rows and 160 bass buttons. This is now very popular in Russia.

Piano Accordions: So far, this instrument became the first truly standardized universal type, since the development of the Stradella bass system. This then means that a performer can play any type without a change in system, making the piano accordion the easiest type to play. 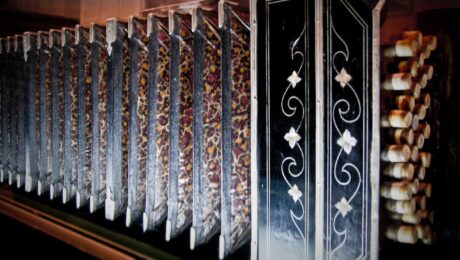 Thinking for a purchase of a used accordion? If so, then I think that it is better for you to know first some of the important things to consider when purchasing a used accordion. 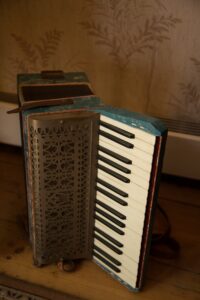 It is necessary to note in the first place that most of the used accordions need repair. Apparently, most of them are sold because most of them are not in good condition. One of the common characteristics of a used accordion is the keys and buttons are usually noisy. Also, you may find that some of the keys may be misaligned and a number of the accordion reeds may not be speaking properly. It is actually during this case that an overhaul is typically called for. This may sometimes involve a keyboard leveling, a full retuning, new leathers, and re-waxing of the reed plates. This then means that this is not cheap as it takes a great deal of time. In fact, a usual big repair job of a used accordion requires as much as 20 hours of work.

Also, don’t expect that you will be able to find a very old accordion of any kind, at any price that will give you consistently a trouble-free service for more than a year or so. This is very typical especially at auction, and this is only possible unless the used accordion has been overhauled. But, speaking of hauling, it is worth noting that if you need a reliable instrument for the long haul, then you should either be looking at new instruments or those accordions that are well-maintained no more than 15 years old. If not, then be prepared to invest whatever it takes in overhauling an old, used accordion. Perhaps the best option here is to be trailing into the repair shop every couple of months every time the parts of the used accordion develop a problem.

But, trudging into a repair shop is not only appropriate every time the used accordion develops a problem. Rather, it is best to note that even if a used accordion is not obviously in need of repairs, it should still go into the repair shop for maintenance examination at least every couple of years. Most of the professional accordionist, even those with hectic touring schedules often do this yearly. What usually takes place during the maintenance check up is that the technician will give the used accordion a thorough cleaning and lubrication as necessary, examine the action of the instrument, including the leathers and the wax. The tuning might also be touched up if necessary. It’s no doubt that this is a wise investment in the good sake of your used instrument.

The accordion had gained immense popularity throughout the world. Many people enjoyed playing it in concerts and other performances, while some love to own it. Also, many people today consider for an accordion repair, while some are selling the instrument. Well, in terms of the accordion repair, note that there are some things to consider when dealing with this matter. This is for the fact that accordion is a sensitive musical instrument that needs proper care.

As you may know, the accordion is a musical instrument that belongs to the handheld bellows-driven free reed aerophone family and is sometimes known as squeezebox. It is played by way of compressing and expanding the bellows, which generate air flow across the reed. Just like some keyboard instruments, the accordion has keyboard controls which are capable for the production of tones. 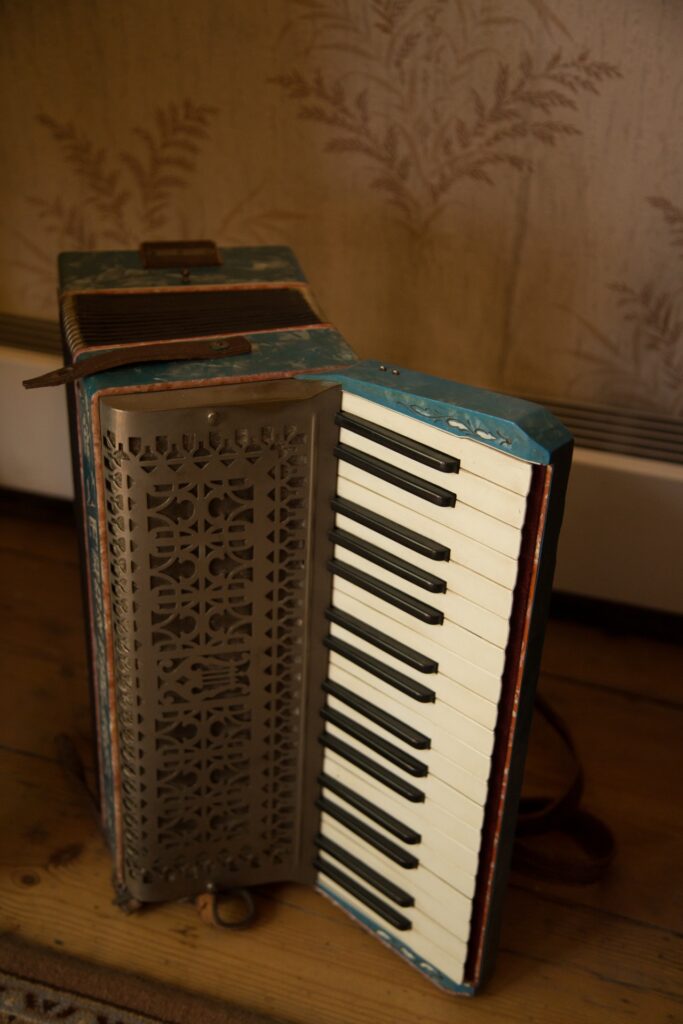 Can I try to repair my accordion myself? Yes if it is NOT to valuable.

Being a sensitive reed instrument, the accordion has a lot of extremely delicate parts inside that can easily damaged if you don’t know about them. So, when you are considering an accordion repair, my recommendation is never to take it apart unless you are very mechanically wise and careful. Moreover, if you are planning for taking your accordion apart for an accordion repair, then take it apart slowly. There’s nothing bad with taking time to note where each part came from. This could in fact help you put the parts together correctly when you’re done with your DIY accordion repair.

In accordion repair, never take apart the bass mechanism of the piano accordion, in particular, unless you’ve successfully done it before or been trained about the proper way of doing it. Note that each of the 120 buttons fits in exactly in one location only. So when considering an accordion repair, it’s best to have a special made fixture to handle every button in its respective location so that they don’t mixed up while the bass mechanism is apart.

Another thing to consider is never to attempt replacing a reed skin with anything other than the proper reed skin leather from an accordion supply shop. Note that it has a very distinct properties not found in most other types of leather. In relation to this, when you consider an accordion repair, avoid removing and replacing a reed skin as this will cause the note to play out of tune, thus requiring re-tuning.

Finally, be careful not to get dirt on the base of the reed block. Removing the reed block is something that you should not try unless you are experienced or have an old accordion that you don’t care if you impose further damage on it. Generally, tuning, waxing and other necessary things in accordion repair require year of practice, thus should be best left to the experts.